For our next translator spotlight, we are featuring Italian translator, writer, journalist, and critic, Fernanda Pivano. 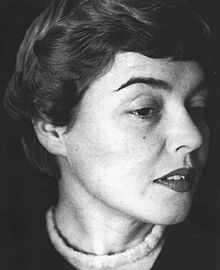 1917 – Fernanda Pivano was born in Genoa, Italy in 1917. Genoa is the 6th largest city in Italy and the capital of the ITalian region of Liguria.

When Pivano was a teenager, she moved to Turin with her family. In Turin, Pivano attended the high school, Massimo D’Azeglio Lyceum, named after the politician, Massimo d’Azeglio.

1941 – Pivano earned her bachelor’s degree in 1941 with her thesis being written on Moby Dick. This thesis would end up winning her a prize from Rome’s Center for American Studies.

1943 – This would be the year of Pivano’s first translation, part of the Spoon River Anthology by Edgar Lee Masters, published by Einaudi. Pivano would also earn her philosophy degree in 1943.

1948 – Pivano met the famous Ernest Hemingway in 1948. The two formed a strong, professional relationship and friendship which resulted in magnificent collaboration.

1949 – Mondadori published Pivano’s translation of A Farewell to Arms.

1956 – Fernanda Pivano made her very first trip to the United States.

1960’s to Current – Pivano contributed to the translation, critics and more of famous American writers in Italy from F. Scott Fitzgerald to William Faulkner. She continued her work to current writers of her time like Jack Kerouac, Gregory Corso, William S. Burroughs, and many more. In addition, Pivano worked with younger writers of her time including Chuck Palahniuk, famously known for his book, Fight Club.

1980 to 2000 – Fernanda Pivano took interest in the culture of African Americans. She published numerous works of Richard Wright into Italian. Twice Pivano interviewed Charles Bukowski at his San Pedro, California home. The importance of the interviews were to become the basis of her book: Charles Bukowski, Laughing with the Gods. This book was first published in 2000 in the United States of American by Sun Dog Press.

2001 – During the summer of 2001, Pivano toured the U.S. in order to film a documentary. This documentary was called A Farewell to Beat, directed by Luca Facchini and written by Andrea Bempensante. The documentary is a tribute to the Beat Generation. It features several notable Amercian writers like Lawrence Ferlinghetti, Jay McInerney, and Bret Easton Ellis.

2006 – Fernanda Pivano was also an avid music critic, writing about Bob Dylan, Fabrizio de André, and more. 2006 was also the year that Pivano would once again tell Spoon River Anthology in the Spoon River book, cia (Dreams Creek, 2006). Pivano’s unpublished texts describe photographs taken by William Willinghton, an American photographer. The photos were taken in the actual landscaped which were told by Edgar Lee Masters in the Anthology.

2009 – Fernanda Pivano passed away in 2009 at the age of 92 in Milan. After the funeral on August 21st, Pivano’s ashes were buried in a cemetery located in Staglieno, Genoa, Italy.

2010 – Bompiano published Diari/2. This was edited by Enrico Rotelli with Maria Rosa Bricchi. This is the 2nd volume of the biography spanning through her years from 1974-2009.