Google seems to make everything easier, and every now and then they present a new idea that grows into a must-have. Thus, we have Google Translate. Simple enough? Sure…but there is so much more to this fascinating program that many might not even know about. With over 10 years since its’ creation, there has been plenty of time for developers to continue to work on, and add to this translation software.

What is Google Translate?

As defined by Wikipedia, Google Translate is “a free multilingual machine translation service developed by Google, to translate text, speech, images, sites, or real-time video from one language into another.”

It was introduced in April 28, 2006 and in the last decade, the program has evolved in a seemingly quiet way, with improvements and new features that most people don’t even realize.

Who can use Google Translate?

Anyone with a desktop or mobile device. Long gone are the days when you had to have a certain kind of desktop computer to use a certain program. Now, as long as you can access the internet, you can use Google and fun products like Google Translate.

Where can you use Google Translate?

What does Google Translate do?

What doesn’t it do? You can do the obvious translations on desktop or mobile, by selecting a language, typing “Tap top Translate”

Another cool feature for Google Translate is the app that can translate an image in real time. You don’t even need to take a picture, just hover over the word or phrase and you will see a live translation on your smart phone screen. Here is a real test we did in our offices. We wrote the word “design” in Spanish on the whiteboard and hovered over the image using the Google Translate app on an iPhone: 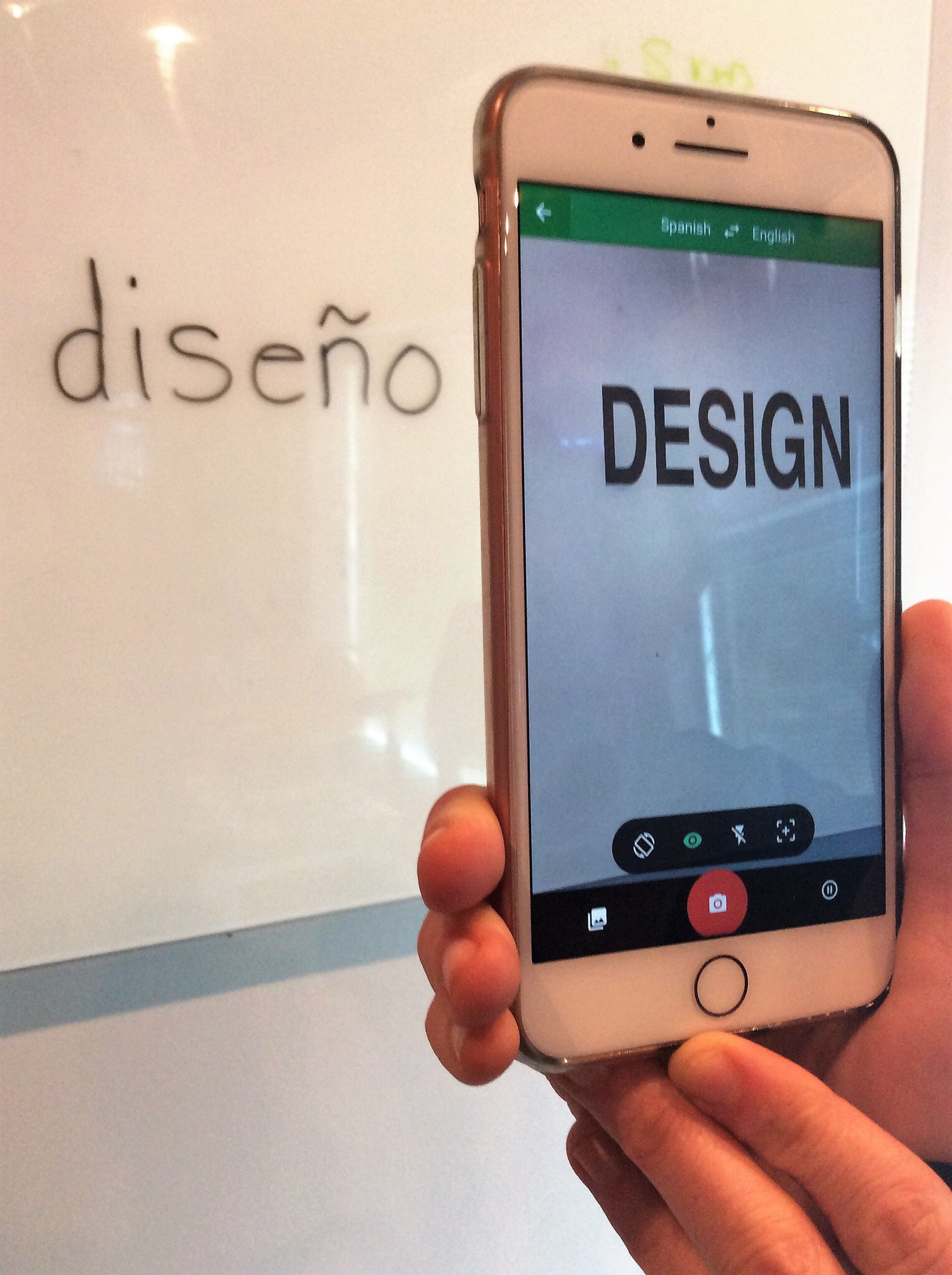 Do you have more tips for Google Translate? Leave them in the comments!

Are you looking for more information on having professional translation services for your event or conference? Atlas Language Services is headquartered in Chicago and has offices in Crystal Lake, Illinois but performs translations all over the world for leading brands, businesses and political figures. Contact us today to talk more about your translation needs.